Beneath this Gruff Exterior There Beats a Heart

Which is what this next completed page of Daredevil is intending to suggest:- 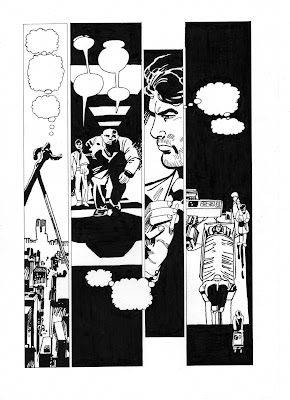 Part of Frank Millers continued efforts to give as much real definition to all the characters within Daredevil, with this particular page to suggest there is a lot more to the Kingpin than him just being the boss of a large corrupt illegal criminal organisation.


This of course following more definition into the Kingpin from his much earlier appearances in Spiderman.


This redefinition I think it can be clearly said set a precedent, witness John Byrne’s and Marv Wolfman’s reimagining of Lex Luthor in the “man of steel” mini series and the Superman comics that followed it with Lex now being primarily a very wealthy businessman with no ethics about delving into criminal territory to get what he wants. 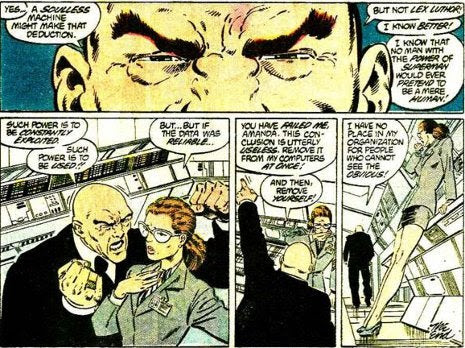 And it went on from there with similar characters appearing more and more often.


The thing with this latest defining element of the Kingpin, that of him having a personal tragedy of his wife Vanessa in a coma which rules his life to a degree, is that I don’t think it was carried through very well, not even in subsequent issues of Daredevil itself as Franks last issue was 191 and we see him try and pick up this story thread again later (most notably in the with Daredevil: Love and War graphic novel he did in 1986 with Bill Sienkiewicz)


And subsequent Daredevil stories loose or play down this element altogether and just focus on using Kingpin as a direct allegory of what was happening in America both in politics “Watergate” and in business “Enron” but without giving as much (it should be an equal amount) of definition in other areas of his character, both this and the lack of equal and opposite definition (as no man thinks he is evil, he may have questionable motivations for doing what he does but at heart he believes he is doing the right thing and is normally in a position where events or or pain have twisted his ethics beyond normal) weakened the character


Whichever it was - it was both this and the overuse of the Kingpin character have lead to him not appearing in the newly re launched Daredevil by Mark Waid, IMHO 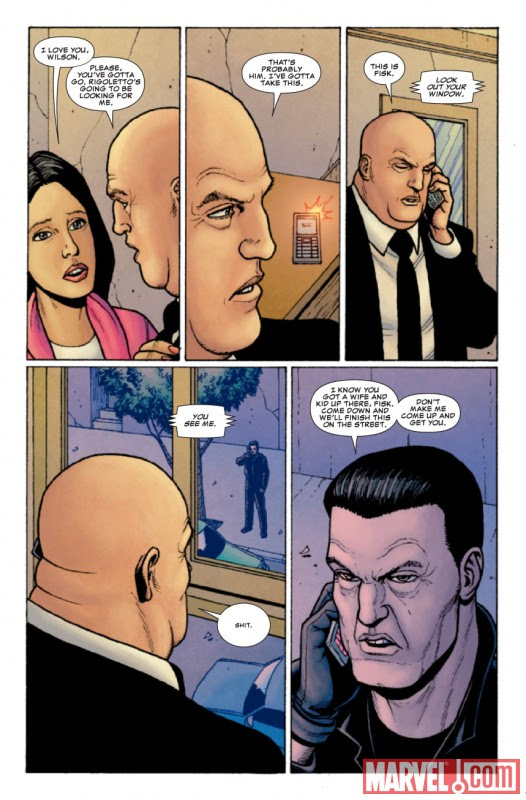 But why has it taken until now to realise this?


One thing I have seen in quite a number of places is in reference to the large shadow Frank Miller’s run cast over Daredevil and how that it was or is in someway responsible for most of the issues that followed i.t


How much truth is there to this?


It’s an interesting question as it suggests that Frank’s story elements themselves are copied and reused and degraded themselves as well as the art styles.


This more than  bit insulting to the creative teams that followed, but if I was to point a finger, well I already have done at Marvel editorial and I just state this is what work for hire is.


I wonder for example what would have Ann Noncenti done on her good run in Daredevil if she was given totally free reign as that would essentially answer this question without a doubt.


One thing that can’t be in any doubt is the direct lifting of several of Frank’s storylines right into Ben Affleck’s Daredevil movie, sure there was a couple of twists but by and large the dialogue was almost copied and pasted.


Is all this a good thing, a bad thing you decide?


I am hardly in any position to judge myself as I am after all just doing copies of copies.


But to my mind the interesting point is that a strong influence can clearly be both a good thing (when its new and fresh and redefining the medium) and a bad thing (for anything that follows it).


Which begs the question how do you follow it?


That’s all it would have taken – what a shame.


----
IDFW 2 - follows below - a few days early - in fact even before the print edition - but here you go I hope you like this, feedback is very much welcomed on this or anything else I am doing 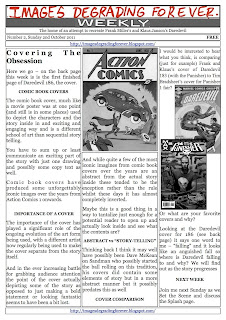 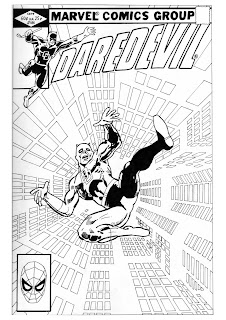