Is the break-out character in this next recreated page of She-Hulk, originally drawn by John Byrne:- 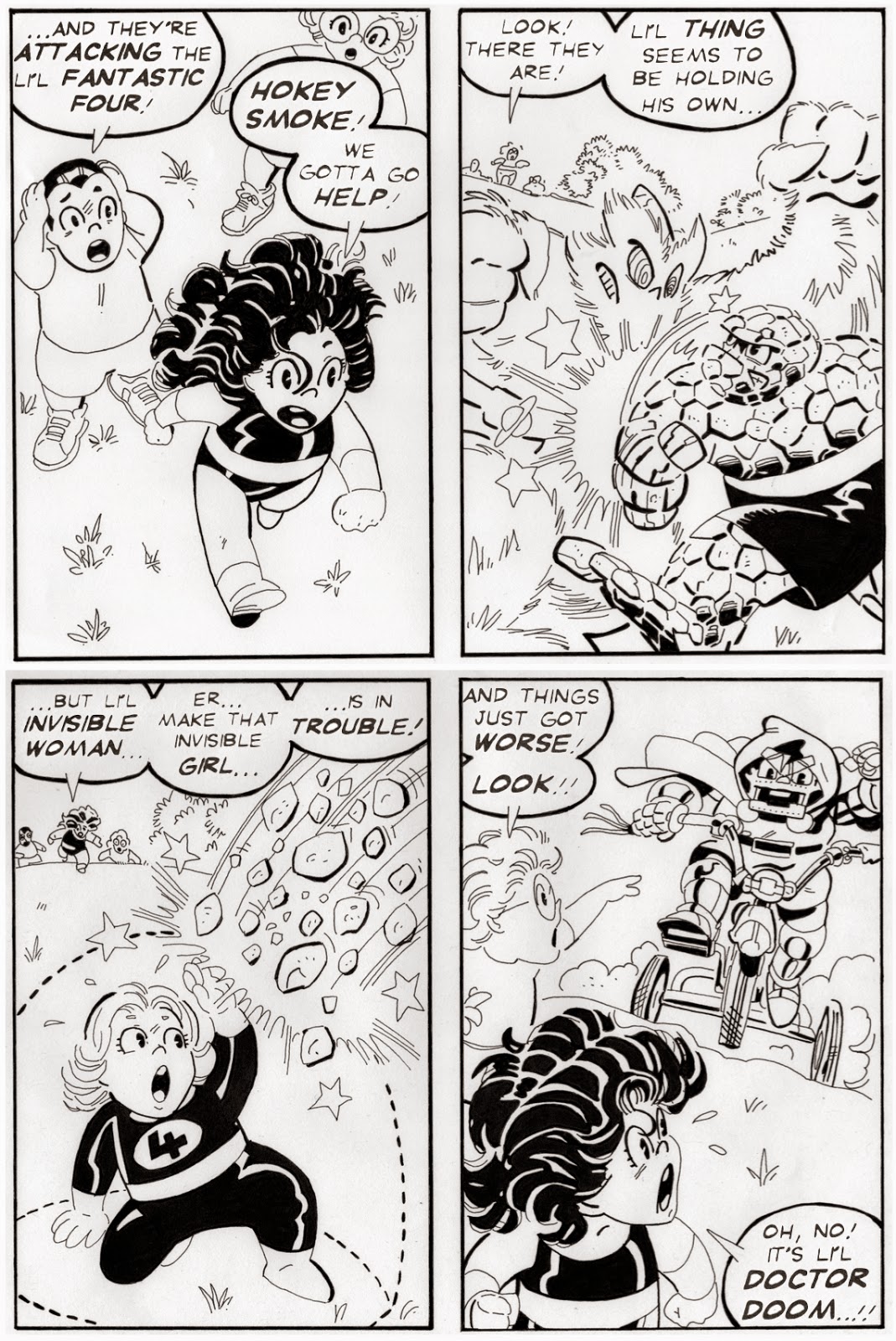 The Invisible Girl trying to defend herself again Spragg, (who first appears just a few issues later in Journey into Mystery 68)

And finally, of course Doctor Doom, who is depicted here riding a small kids tri-cycle complete with tassels on the handlebar…

We have already seen Renee’s reaction to this submission (which was to knock John Byrne out, tie him in the closet, pretend he is dead and get She-Hulk to chose a replacement artist)

So the the final question is, WHAT will She-Hulks reaction be?

Join us, NEXT WEEK for the conclusion and the final page of She-Hulk!
Posted by Robin at 09:47