Working on a Nervous Breakdown!

Is what John Byrne appears to be doing in this next recreated page of She-Hulk:- 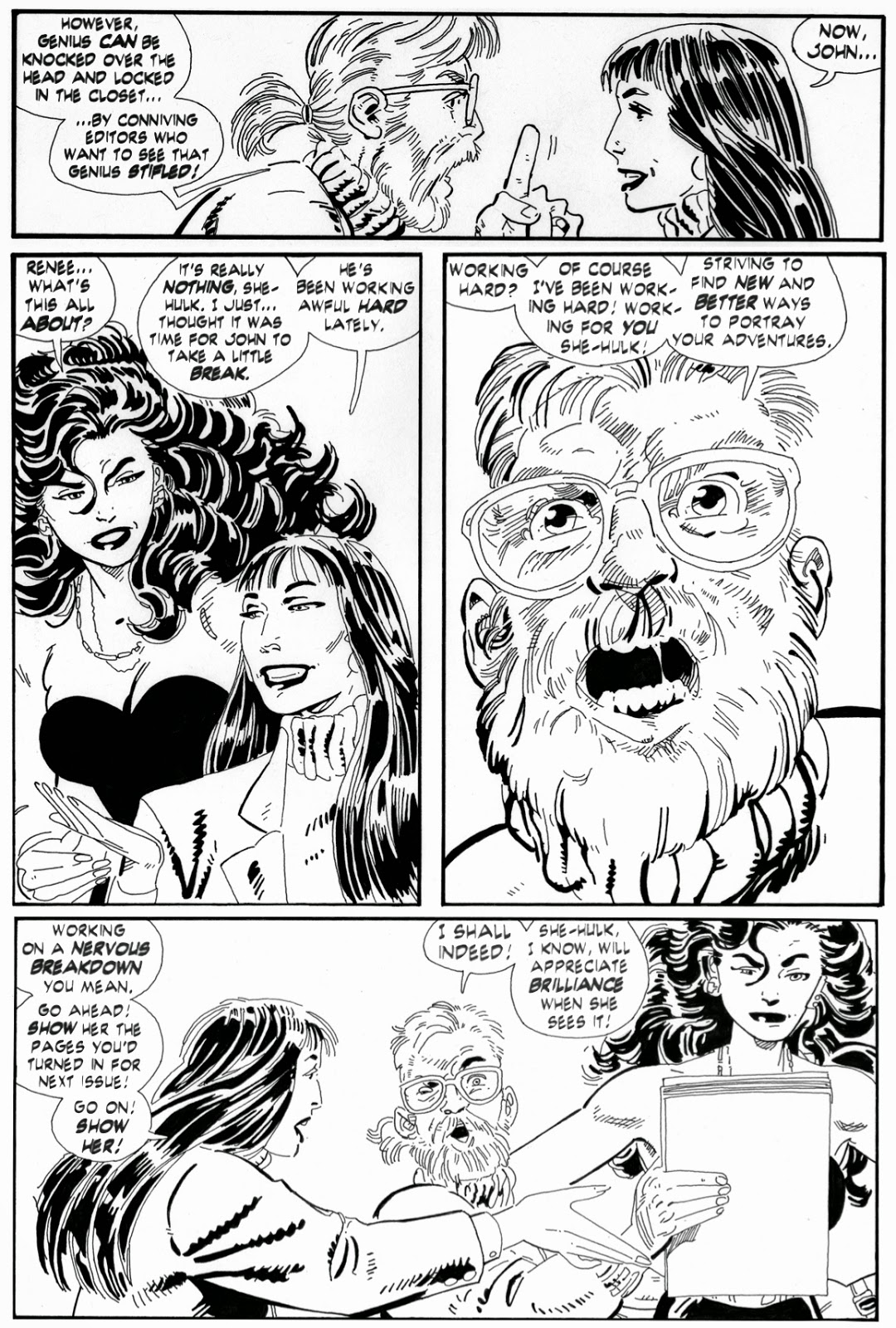 Last week after going through a number of submissions for she-hulks comic to replace John Byrne on the basis that he was dead, She-hulk found he wasn’t dead after all but knocked on the head and locked in the closet by Renee…

In other words after poking fun at all the other artists featured so far John byrne is saving the most cutting parodic elements in the comic for a depiction of himself, as after all turn about is fair play

John on this page is almost frothing at the mouth, still what on earth could he have produced for the next issue of she-hulk that could have provoked such a reaction from Renee and what will she-hulks reaction to his submission be?

We will find out in TWO WEEKS time

NEXT WEEK - It’s Issue one of DOCTOR DOOM STRIKES BACK!